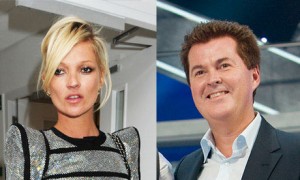 Ever heard of Brand Beckham? Well, Simon Fuller has been called the svengali (read: someone (usually maleficent) who tries to persuade or force another person to do his bidding) behind that. It was actually two years ago when Fuller first dabbled in fashion. He got together with Roland Mouret, a designer, to start the label 19RM.

Today, Fuller’s company announced that he has bought a 51% stake in Storm Model Management. What does this mean? Oh, it’s just this agency that represents celebrated models like Kate Moss. Aside from Moss, Fuller now has full control over other models such as Jourdan Dunn, Lily Cole, Carla Bruni and Cindy Crawford.

While “ordinary” people like you and me may not feel the effects of this take over immediately, I am pretty sure that what we buy in the future will somehow be affected by this move. The Beckhams already have an extensive fashion line, who knows – the models connected with the agency just might find themselves with a sparkling future!