The sheer dress is a very popular trend today. It comes in varied styles and colors and most often, they promote a sexy look as certain parts of the body are revealed such as the chest area, the upper back and the sides.

But this type of clothing is not for every female because it can be very revealing. Other than the fashion models, only the daring and those endowed with the right curves and bumps have the right to wear it.

Many Hollywood female celebrities have been photographed in sheer dresses and gowns at special events. 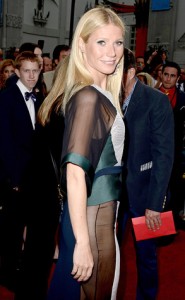 Gwyneth Paltrow of Iron Man 3 was the latest to don a sheer gown that exposed her hips, butt and quads. The actress who’s in her 40s and was recently named by People Magazine as the most beautiful woman wore the gown made by Antonio Beradi during the premiere of her new film.

Jennifer Lopez is not to be outdone. The singer-actress donned a body-hugging Kauffman Franco gown at the premiere of Parker in Las Vegas and did not wear any underwear at all. 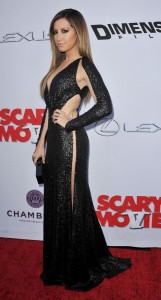 Ashley Tisdale also showed off her curves in a revealing gown created by Maria Lucia. She was spotted wearing the gown at the Scary Movie 5 premier. 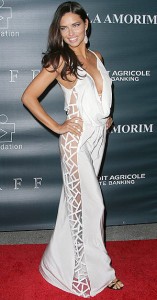 Victoria Secret model Adriana Lima, at 31, did something different to her gown which she wore at the Brazil Foundation Gala in Miami. She actually wore the dress with cutout side panels backwards. So instead of the low-cut drape in the back, she wore it in front to show off some cleavage.

Kristen Stewart has a penchant for sheer gowns as well. She was seen wearing this type of dress in a span of just three days which was a far cry from her usual getup that included a pair of jeans and shirt.